“Respect your elders” is something many of us heard as children, and we grew up with the understanding that older people deserved to be treated with deference and dignity. Our older parents and grandparents have cared for us, taught us, and protected us. In their golden years, when they may need more help, it’s time for us to return the favor.

Unfortunately, many seniors are not only treated with extra care and respect, they are victimized in a variety of ways. Some are physically or mentally abused by family members or by staff in nursing homes. Some are exploited financially by people they trusted with their money. All of these behaviors fall under the umbrella of criminal elder abuse.

Michigan has a criminal elder abuse statute that discusses the forms that elder abuse, neglect and exploitation can take, and what caring people can do to help protect seniors in Michigan.

What Is Criminal Elder Abuse?

Certain actions targeted at vulnerable adults, including the elderly, are punishable as misdemeanors or felonies. A caregiver convicted of these acts can be sentenced to imprisonment, ordered to pay fines, or both.

“Vulnerable adult abuse” is described in the Michigan Penal Code. Michigan Compiled Laws § 750.145m. Vulnerable adult abuse in the first or second degree involves serious physical or mental harm. Serious physical harm is defined as “a physical injury that threatens the life of a vulnerable adult, that causes substantial bodily disfigurement, or that seriously impairs the functioning or well-being of the vulnerable adult.” Serious mental harm is defined as “a mental injury that results in a substantial alteration of mental functioning that is manifested in a visibly demonstrable manner.” Whether abuse is charged as first or second degree depends on whether the harm is intentionally (first degree) or recklessly inflicted.

Michigan criminal elder abuse law also punishes financial exploitation of vulnerable seniors, as well as physical and mental abuse. MCL § 750.174a states that “(a) person shall not through fraud, deceit, misrepresentation, coercion, or unjust enrichment obtain or use or attempt to obtain or use a vulnerable adult's money or property to directly or indirectly benefit that person knowing or having reason to know the vulnerable adult is a vulnerable adult.”

This type of abuse can take a number of forms. It might involve an unscrupulous contractor who approaches a senior to sell her services she doesn’t need, takes payment up front, and doesn’t perform the work. It might involve a family member who offers to help an older person pay bills, then drains their bank account. The common thread is deliberately taking financial advantage of a vulnerable older person.

As with physical and mental abuse, the severity of punishment for financial exploitation depends in part on the level of harm inflicted. If the property or money involved is less than $200, the abuser could be charged with a misdemeanor, and put in jail for up to 93 days. The potential fine is the greater of either $500 or three times the value of the money or property involved in the crime. In cases involving over $100,000, a person convicted is guilty of a felony, and may spend up to 20 years in jail. The fine in such a case could be up to $50,000.00 or three times the value of the property, whichever is greater.

In addition, sentences may be enhanced if a person convicted of defrauding or trying to defraud a senior has previous convictions.

Whether physical, mental, or financial, elder abuse must be reported. Reporting is necessary to protect the vulnerable senior, to punish the abuser, and to prevent them from harming anyone else (as could happen with a nursing home employee or a person running a financial scam).

Some people are mandated reporters of elder abuse. That means that if they suspect elder abuse (criminal or otherwise) they must report the suspected abuse to Adult Protective Services. If you are a mandated reporter, you should know it: mandated reporters include health care providers, social workers, therapists, and people employed by government agencies to help care for vulnerable populations.

Even if you are not required to report suspected criminal elder abuse, you still should. You can contact Adult Protective Services as well as your local police department.

If you have questions about responding to criminal elder abuse, feel free to contact our law office. We can direct you as to how to report criminal elder abuse as well as help you to take civil action (like a guardianship or conservatorship) to protect a senior who has been abused or exploited. We can also help you put measures in place to protect a vulnerable senior before abuse has a chance to happen. 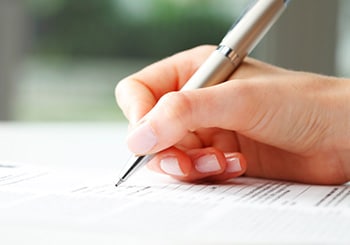 Send Us a Message

Our clients’ health and safety is very important to us

We want to do our part to slow the continued spread of the Coronavirus(COVID-19).

Please note that our work is uninterrupted, and although we are unable to meet you in person, we can easily handle almost all your needs by phone or video conference.

If this evolving situation affects you legally, we are certainly here to help.